WHAT DOES DUKE UNIVERSITY STAND FOR?

What is Duke Unversity famous for? Basketball, of course. Duke University is also reputable for one of the country’s younger prestigious research universities. Unlike Harvard, Yale, and Princeton, which were founded in the 1600s and 1700s, Duke founded in 1838 as Trinity College and was renamed Duke University in 1924.

Today, the school is famous for one of the best in the South, if not the country, for its competitive admissions, excellent academics, championship-level athletics, and global presence.

Overview of Admission to Duke University

While Duke is consistently ranked in the top 15, it is often regarded as a “safe target” school for students hoping to gain admission to a more prestigious Ivy League school. However, Duke is said to use yield protection, a practice in which colleges reject or waitlist excellent candidates who they believe will be accepted by more prestigious institutions. Despite this, it does not employ yield protection as rigorously as comparable schools, such as Washington University in St. Louis.

Because Duke is frequently reputable for a “safe target” school, it places a premium on its 150-word “Why Duke” essay. It also places a higher value on admissions interviews than other institutions, with a weight of about 10% at Duke compared to 3-4% at other colleges. 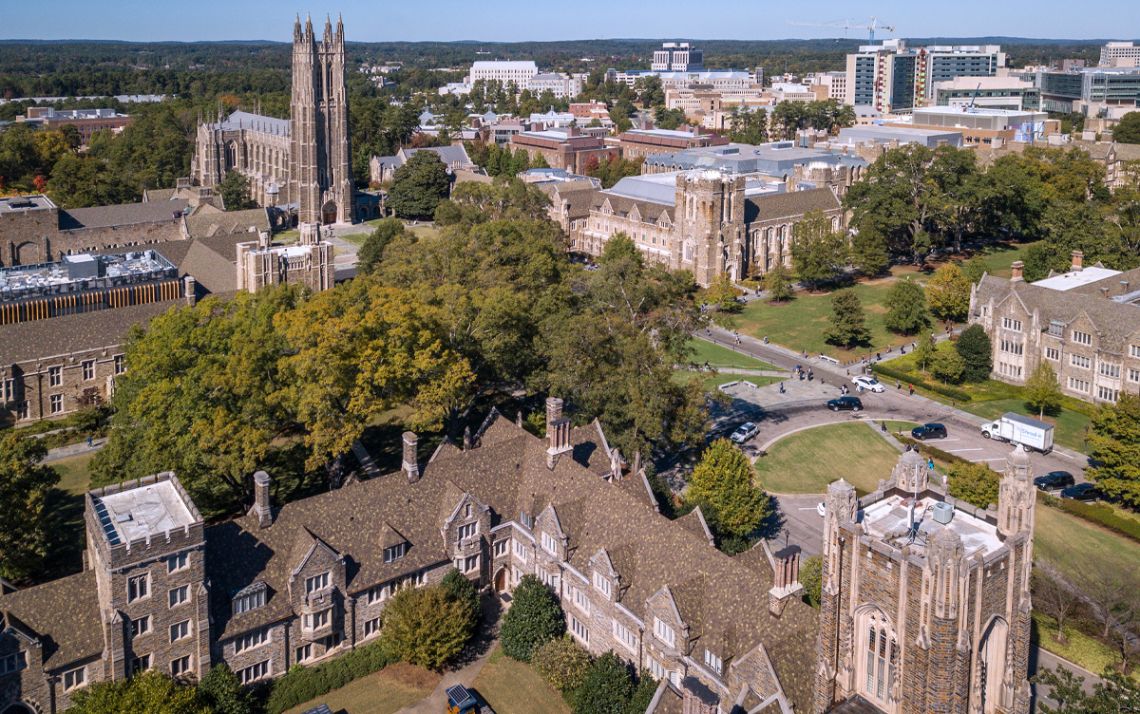 What makes Duke University famous? Its academic philosophy promotes interdisciplinary research beyond the classroom. As a result, Duke provides a rich environment in which students can explore the world around them, from academics to athletics to art.

Every Duke student attends Trinity College of Arts & Sciences classes; it is the foundation of a Duke education. Students learn to balance tradition and innovation, to think critically, to look at issues from different perspectives, to analyze thoughtfully, and to communicate effectively through these courses—all skills that transcend academic fields and career paths.

Duke University offers 53 majors, 52 minors, and 23 certificates, with majors ranging from African & African American Studies to Visual Arts. A double major is pursued by approximately 20% of Duke undergraduates; however, double majors between Trinity College of Arts and Sciences and the Pratt School of Engineering are uncommon.

What is Duke famous for? Basketball! The Blue Devils are one of the most storied and successful basketball teams in the country, having won five national titles and appearing in 11 championship games. Famous Duke basketball players who went on to have successful NBA careers include:

While Duke’s men’s basketball team gets all of the attention, their women’s golf team has a long history of success. In 2019, they won their seventh NCAA championship and sent numerous students to the LPGA.

Greek life is also important on Duke’s campus, with approximately 2,000 students (one-third of all undergraduates) joining a fraternity or sorority. The college’s social scene is heavily influenced by the school’s 24 fraternities and 18 sororities.

Outside of academics and athletics, there are numerous opportunities at Duke. There are over 400 student clubs and organizations at the school. Some of my favorites are:

Basketball pervades nearly every aspect of life at Duke and takes center stage among its traditions—games against rival UNC (located only eight miles away) are some of the year’s most important moments. Duke and UNC have been playing each other on the court for nearly 100 years and play each other at least twice a season. The men’s basketball team at UNC is third in terms of wins, with Duke right behind them at number four.

Off the court, Duke’s most famous tradition is Last Day of Classes (LDOC), a campus-wide party on the last day of classes that includes music, arts, and socializing. LDOC has hosted performances by Run DMC, The Roots, Wilco, Ludacris, Beck, Kanye West, and Kendrick Lamar.

One of Duke’s odder and newer traditions revolves around Cascada’s song “Everytime We Touch”—whenever it comes on, Duke students stop what they’re doing and start singing, clapping, and dancing. This phenomenon began with the basketball team, but it has since spread throughout campus.

Duke undergraduates are required to live on campus for the first three years of their studies, and freshmen live together on the East Campus. There are a few living-learning communities on campus that allow students to combine the residential component of college with other academic and social interests. Living learning communities include: